With frolics and foraging, flitting, flying and two unusual feathery friends, this is a madcap and touching show about birds facing changes to their habitat. The Bird Show uses music, puppetry and lots of silly bird jokes in this heart-fluttering physical comedy. Suitable for ages 3+
​
**** "Funny, charming and thought-provoking" - CreativeReviewsUK
Click here for the tour dates
Click here to find out more...
​Click here to see the photos...
Photography by Rob Auckland
Here's the trailer:

Coming soon...
Arthur - the story of a King

A boy pulled a sword from a stone and became King. A story of the old world, with knights, wizards, mist, magic and an amplified lute.

This fun and farcical adventure is a deliberately anarchic and anachronistic re-telling of the Arthurian Legend with live music, physical comedy and lo-fi acrobatics. And some silly jokes…

What was Camelot famous for?
Its knight life! 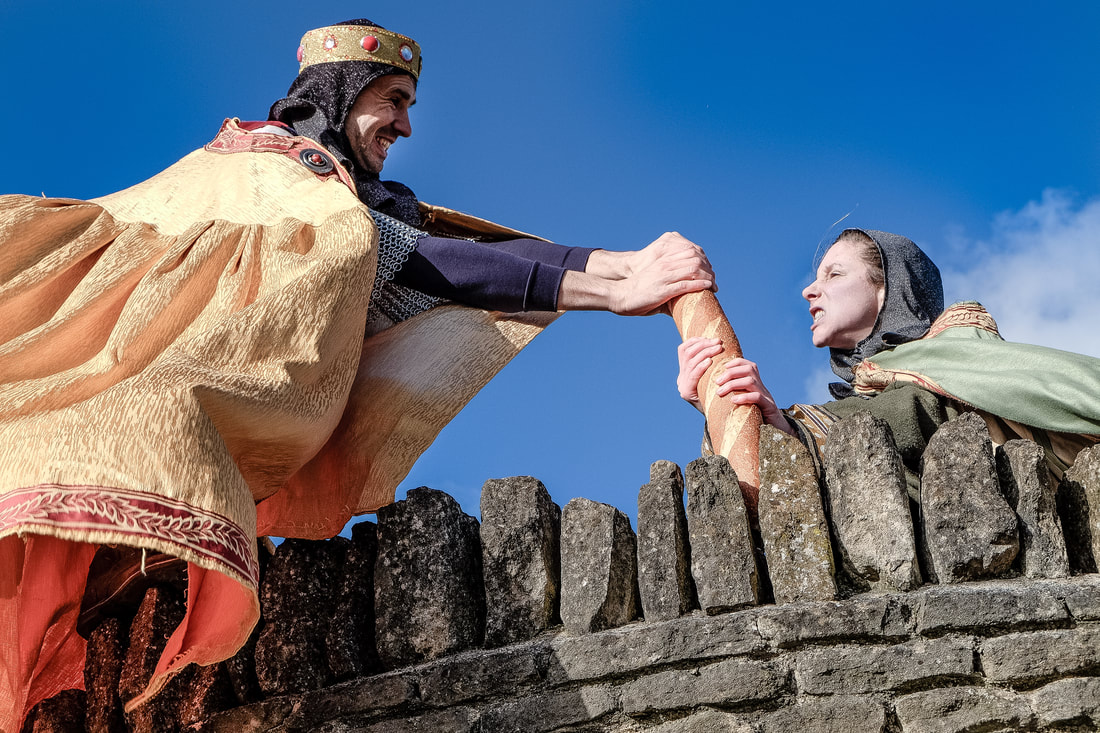 The Last Baguette are resident artists at Pound Arts, Corsham and make entertaining, accessible and eccentric theatre. The company was formed from a shared love of theatre, bakery and humour in Paris by graduates of the Gaulier and Lecoq schools in 2009, and has performed in the UK, France, Switzerland and Canada. We believe in the power of physical comedy and silliness to talk about important issues of our times.

Thanks to our supporters: